Unsung star: Bears’ Goldman ‘one of the best’ 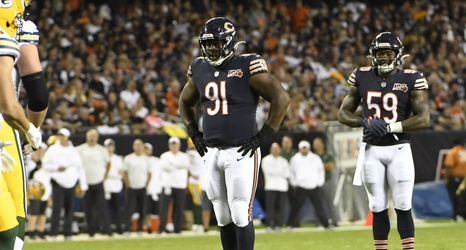 “I don’t know how many tackles he had last week, but it should have been quite a few,” Mack said. because he was everywhere on the field.

For the record, Goldman had a grand total of three tackles against the Broncos — one solo. It’s yet another example of how Goldman’s contribution just can’t be accurately quantified. Even as Goldman continues to play at a Pro Bowl level, you have to be an All-22 geek to appreciate it.