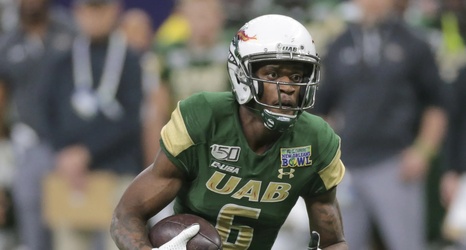 It was over six years ago that UAB’s football program had been shut down. Fast forward to now, and they have as many as three prospects worthy of being selected in the 2021 NFL Draft.

Two of those prospects were invited to the Reese’s Senior Bowl and had the chance to showcase their talents in front of NFL coaches and scouts in January. Among them was wide receiver Austin Watkins, who put together solid performances in Mobile.

Watkins has garnered praise during the pre-draft process for his route-running acumen, especially for a player who’s close to 6-foot-2 and 209 pounds.