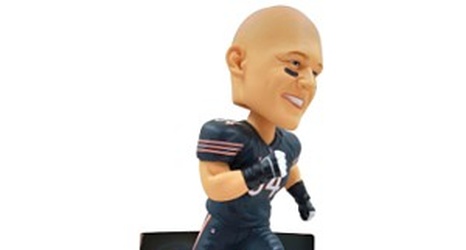 With the start of the Chicago Bears OTAs, there were small things to look for and note for following in training camp. However, this is never a very serious event that will come with huge ramifications or breaking news.

While it may not be breaking news, the Chicago Bears roster did adjust in a significant way with the announcement of two position changes on their current roster. According to reports, Bradley Sowell will move from tackle to tight end and Taquan Mizzell will become a wide receiver.

#Bears now list Bradley Sowell as a TE and Taquan Mizzell as a WR on their most current roster.