Twitter reacts to the Bears pick of Teven Jenkins 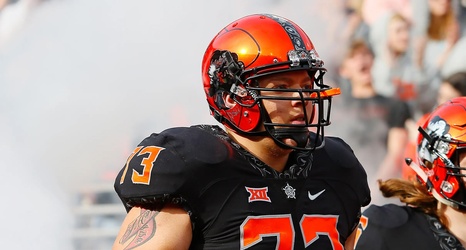 I didn’t think that night two of the NFL Draft would get me as excited as the first-round when the Chicago Bears moved up for Ohio State’s Justin Fields, but trading up for Teven Jenkins made it pretty close.

Jenkins plays the game to the whistle and he does it as physical and as nasty as possible. He’s kind of an ass-hole between the lines, and in case you didn’t know, that’s a compliment for an offensive lineman

Twitter was fired up after the Fields selection, and they’re equally as fired up with Jenkins now donning the Navy and Orange.