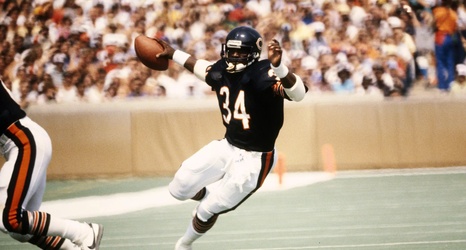 Twenty years ago today we lost the greatest football player that ever lived, Walter Payton.

There wasn’t anything on the football field that “Sweetness” couldn’t do, and anyone that was a Chicago Bears’ fan during his thirteen years in the Windy City (1975–1987) came to love the passion he played the game with.

Watching the relentless way he ran is the reason I became a Bears fan and it’s why to this day he’s still my favorite professional athlete.

During February of 1999, he announced that he had a rare liver disease, and even though his condition was too far gone for a transplant, he spent his last months encouraging people to become organ donors.