This a bad week for Mitch Trubisky takes 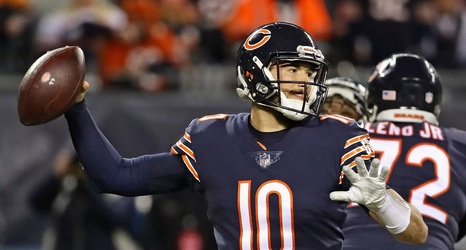 Chicago is used to their quarterbacks being divisive.

After all, it was here the phrase, “the back up is the most popular quarterback in town” was coined.

It was also here where this fan base was split, for eight long seasons, on whether Jay Cutler was the worst thing to happen to the QB position or just needed a better system and coaches.

So, it’s no surprise then that Mitchell Trubisky is working on dividing the fan base in just two seasons.

Some fans think he’s already a bust, with others saying he’s already great, but I think the vast majority of fans, the smart ones, are more in the middle.