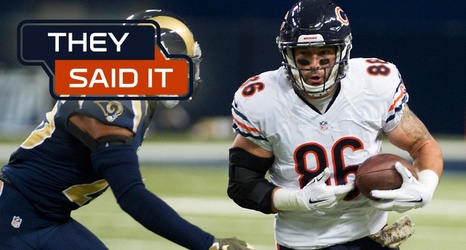 Associated Press
Comments: "The Chicago Bears have been looking for playmakers. They might have found an unlikely one in tight end Zach Miller. Miller caught two touchdown passes, including an 87-yarder, and Jeremy Langford also had two scores to lead the Bears to a 37-13 victory over the St. Louis Rams on Sunday." - Stan McNeal | Read more

See full article at Official Site of the Bears