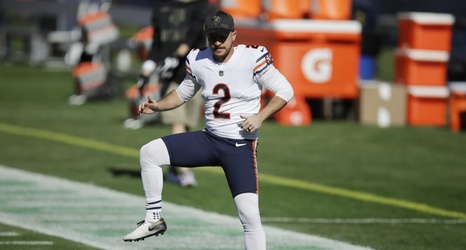 As his 46-yard field goal drifted wide left and the Bears’ opening drive against the Falcons fell flat thanks to his miss, a familiar fear rose in Cairo Santos’ chest. It might sound like an overreaction for him to worry that this would cost him his job, but he’d been cut six times in three years — once by the Bears.

The end is always right around the corner for kickers, and Santos felt himself sliding toward it. He thought about everything from his soon-to-be-born son to the prospect of finding a new career after football. That’s quite a swirl of emotions while standing on the sideline of an NFL game.