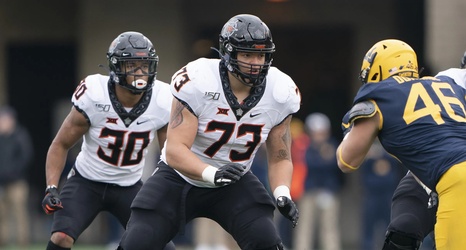 The adjectives to describe the Chicago Bears second round draft pick are some my favorite adjectives to use when describing an offensive lineman. Tough, nasty, physical, and aggressive is what you get when you throw on some Oklahoma State film and zero in on number 73, Teven Jenkins.

He plays the game with an edge, and when he met the media on Friday night he described what that means to him.

“My edge to me is about being able to finish anybody in the dirt,” Jenkins said as his mood became more animated.