Ten Thoughts on the NFL and the Bears 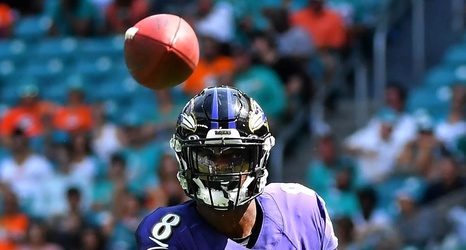 1) I remember when some internet scouts refused to even rank Lamar Jackson as a quarterback when he was coming out of Louisville. There was also real buzz form inside the NFL that he had to switch to wide receiver to get a fair chance as a pro, but just look at him now.

After some nice moments as a rookie in 2018, he exploded out of the blocks in week one, albeit against an awful Miami Dolphins team, by going 17 of 20 for 324 yards, five touchdowns and zero interceptions, with a 158.