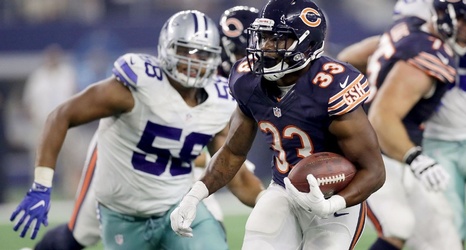 Bears coach John Fox confirmed earlier Monday that Langford had a sprained ankle in the Bears' 31-17 loss to the Dallas Cowboys, but did not provide a timetable for his return.

Langford wore a walking boot in the AT&T Stadium visitors' locker room after the game.