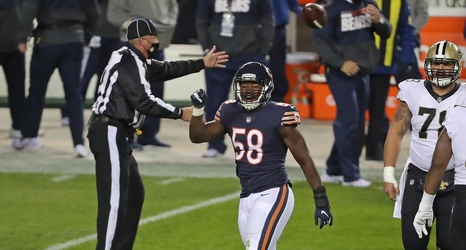 Sometimes an award designation is as straightforward as possible.

The Ed Block Courage Award is given to one player on all 32 NFL teams every season. A winner is described as someone who exemplifies a commitment to sportsmanship and courage. Additionally, they are the embodiment of professionalism, dedication, and are a community role model. It voted on by that player’s teammates and is then respectively doled out.

Perhaps no one on the current Bears roster is more fitting of this label than Roquan Smith.