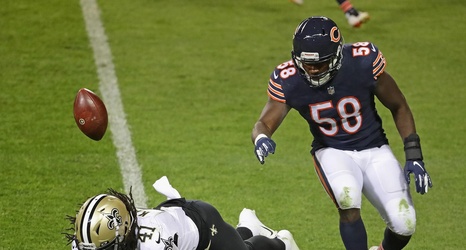 The award, which is given to one player from each NFL team, rewards players who best display professionalism, strength and dedication. It’s voted on by each team’s players, captains and athletic trainers.

The award is named after former Baltimore Colts trainer Ed Block, who was a foster parent and advisor. Money from the Bears’ award goes to Ed McCaskey Scholarship Fund, which donates to children at Maryville Academy in Des Plaines. Ed McCaskey, the former Bears vice president, was a Maryville supporter.