Roquan Smith is one of the ‘NFL’s rising stars’ 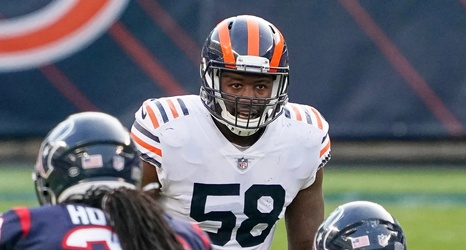 The Chicago Bears defense has players at each level that have a Pro Bowl on their resume, in defensive lineman Akiem Hicks, linebacker Khalil Mack, and safety Eddie Jackson, but it could be fourth-year pro Roquan Smith that holds the key to how the unit fares in 2021.

Smith, coming off his best season as a pro, has already taken on more of a leadership role with the team as he was one of the few defensive starters that participated in the entire offseason workout program. His dedication and enthusiasm has been noticeable from head coach Matt Nagy.