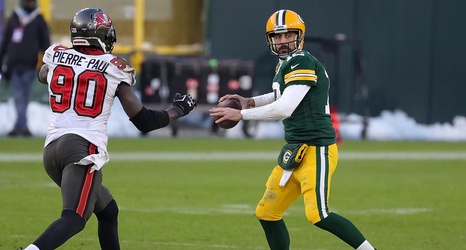 Aaron Rodgers, the legendary quarterback and reigning MVP, has told some in the Packers organization that he doesn’t want to return to the team, ESPN’s Adam Schefter reported Thursday afternoon.

That bombshell came hours after a report that the 49ers offered the Packers the third pick in Thursday night’s draft, plus more, for Rodgers. The Packers quickly rebuffed them, per Schefter.

Monday, Packers general manager Brian Gutenkunst said Rodgers “is going to be our quarterback for the foreseeable future.”

Rodgers is a native of Northern California; it’s unclear if he’d welcome a trade to the 49ers.