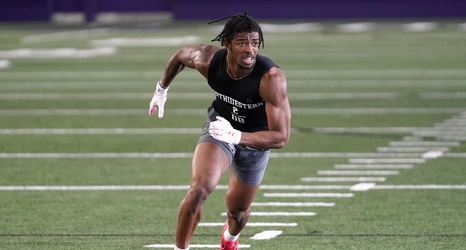 Part 1 of a 10-part series previewing the NFL Draft and analyzing the Bears’ needs.

The next cornerback the Bears draft in the first round may very well replace the last one they picked first.

He might not have to look far for his next starter. Greg Newsome II grew up on the South Side and moved to Carol Stream to play at Glenbard North.