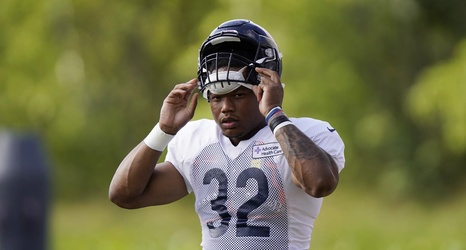 Part 2 of a 10-part series previewing the NFL Draft and analyzing the Bears’ needs.

Two years and two weeks ago, the Bears’ running backs made up their worst offensive position group. General manager Ryan Pace had just traded Jordan Howard to the Eagles rather than pay the inflated final year of his rookie deal. That left the newly signed Mike Davis, who’d started only nine games in four years in Seattle and would later earn 11 whole carries in his Bears career, to join Tarik Cohen in the backfield.

Now, the running back room might be the best among Bears offensive groups.