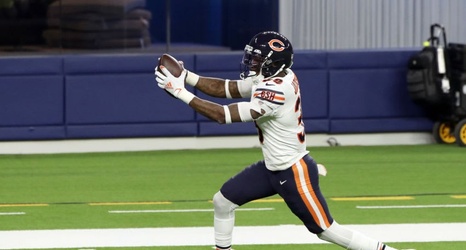 Even though the new defensive coordinator of the Chicago Bears, Sean Desai, is expected to make an immediate impact across the board, one position that may receive the biggest boost is safety.

Desai has been the safeties coach for the last two seasons, and not only is he familiar with the players he has at the position, but he’s also going to be bringing a more aggressive mentality to the group compared to when he was coaching under his predecessor, Chuck Pagano.

In this episode of The Chicago Audible, the guys continue their annual summer series “Countdown to Camp” — where they go episode-by-episode previewing every position (and player) on the Chicago Bears — the guys share their in-depth preview (and discussion on) the safeties.