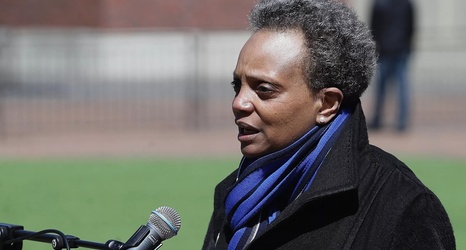 Mayor Lori Lightfoot said the odds of Bears fans returning to Soldier Field this season are less than 50 percent.

In an interview with “Mully and Haugh” on WSCR-AM on Friday morning, Lightfoot said that “we’re no nowhere near at a place where we can even realistically talk about fans coming back to Soldier Field.”

The Bears will not have fans inside Soldier Field for their home opener Sunday. The team just last week said it hopes that will change later in the season.

Lightfoot, though, sounded frustrated by a lack of communication with the team.