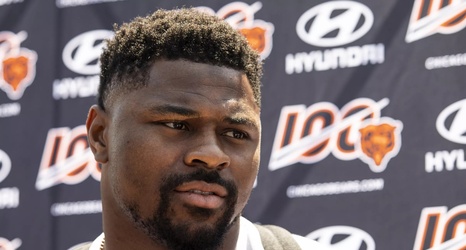 Few people, if any, are going to argue with Bears star Khalil Mack about anything. So when he summarized his thoughts on the Bears’ 16-6 win over the Vikings by saying with a straight face, “A dog that poops fast don’t poop for long, man,” it was treated as though that was the most normal thing in the world to say.

Mack was quoting his former defensive line coach Jethro Franklin, who worked with him from 2015 through ’17 in Oakland and is now with the Seahawks.

The analogy is a weird one and it’s quite a stretch to apply it to the NFC North race, but basically Mack would prefer the Bears have one long, steady output rather than a few quick spurts.