Jim McMahon on Bears’ Mitch Trubisky: ‘If he plays hard and wins, they’ll love him forever’ 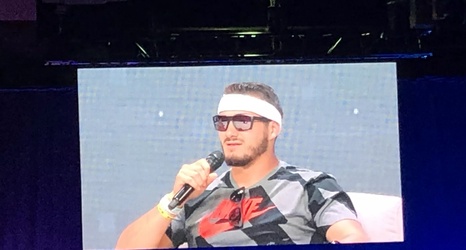 Ryan Pace told Mitch Trubisky to pick a restaurant and make the reservation.

The Bears general manager wanted his March 2017 dinner with the North Carolina quarterback to stay under the radar. When Trubisky booked a table at Bin 54, a Chapel Hill, N.C., steakhouse, he used an alias:

Friday night, Trubisky finally got to meet McMahon. Amazingly, the confab marked a gathering of the Bears’ two most recent Pro Bowl quarterbacks — Trubisky as an alternate last season and McMahon in 1985.