In their desperate search for a quarterback, how low would the Bears go? Deshaun Watson low? 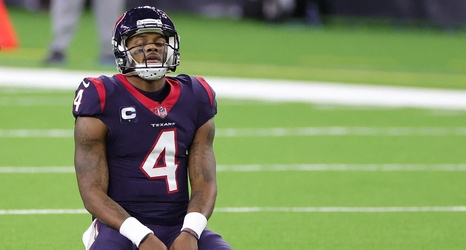 You might be aware of this already, but we have an NFL team in town that can’t get the quarterback position right. I don’t want to suggest that the Bears are cursed in this regard, but if they were somehow gifted with Tom Brady, there’s a good chance he’d immediately forget how to grip a football.

You might be aware of this, too, but you have to go back to Sid Luckman to find the team’s last true star quarterback. That’s a bummer because he grew up with George Washington.

So the Bears are in a very bad predicament, exacerbated by the presence of two people – general manager Ryan Pace and coach Matt Nagy — whose job security is tied to their ability to solve the quarterback problem.