How bad has the Chicago Bears offense been? 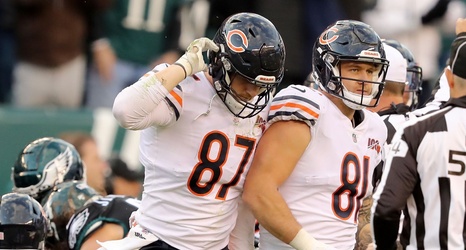 The Chicago Bears are struggling mightily on offense this season. Many fingers are able to be pointed seeing the entire team is not performing up to expectations. The tight end is clearly a glaring hole for the Bears offense.

Hall of fame coach Bill Walsh believed the tight end position was a key element to his west coast style offense. The position tends to be lost in the shuffle. However, creating mismatches while working in the middle of defenses and additional blocking support in the rushing attack is the chief goal that current NFL coaches, including Kansas City’s Andy Reid, have adopted.