Having ‘full control of the offense,’ Andy Dalton focuses on nuance 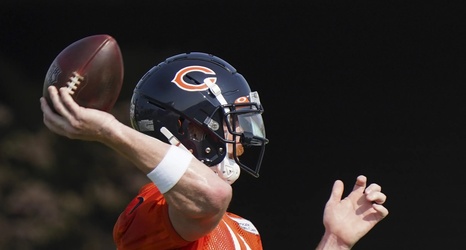 The first time Bears tight end Cole Kmet ran routes for Andy Dalton during the offseason, he got hit in the face with the ball. He wasn’t used to it being in the air before he broke out of his route.

“You just learn you’ve got to get your head around quick,” Kmet said, “and the ball is going to be on you.”

The Bears’ other pass-catchers have figured that out in the months since Dalton signed a one-year deal to be — for now — the starting quarterback. They’ll spend the rest of training camp fine-tuning those nuances, be they anticipation throws — which are a welcome change from Mitch Trubisky — or coverage reads or route techniques.