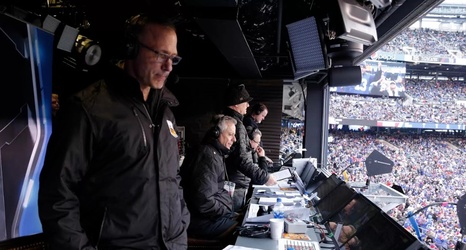 Chris Spielman wonders if he witnessed the turning point in the Bears’ season the last time he was in town analyzing a game for Fox.

It was almost a month ago, Week 8 against the Chargers, when Mitch Trubisky drove the Bears into field-goal range in the last minute and a half, only to watch Eddy Pineiro miss a 41-yard field goal that was rife with controversy, from the distance to the placement.

Since then, Trubisky and the offense have fallen deeper into despair.

“I wonder if they would have made that kick against the Chargers, not blaming Pineiro or anything, just blaming the whole thing, if that would have done something for [Trubisky],” Spielman said.