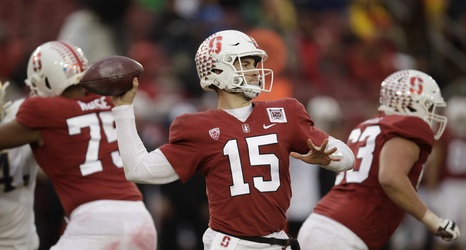 And he’s flirting back.

“I definitely see a connection [with the Bears],” he said last week after his on-campus pro day. “I definitely don’t want to say any names — but you know you know I’m definitely excited, especially them being able to watch me in person and watch me spin and spin the ball in person.”

It’s a reminder that the list of quarterbacks in this year’s draft doesn’t stop after the top five five.