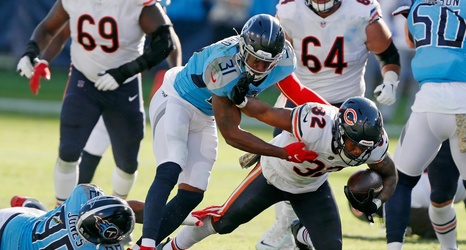 At the epicenter of country music, the Bears’ offense mastered the two-step — or at least two steps back — in their 24-17 loss to the Titans on Sunday. Many of its biggest mistakes came on consecutive plays:

The Bears’ problems started with their first possession. On third-and-5 at the Titans’ 38, receiver Allen Robinson ran an out route at the 35, and drifted back the 34 as he went out of bounds. He was ruled short on the sticks.

The Bears thought the Titans would try man coverage, but they played Cover 2.