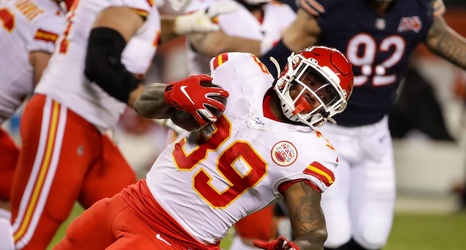 With the Washington Football Team signing Lamar Miller off the Chicago Bears practice squad, the Bears appear to be in the market for a back to take his place.

There were four players listed on the NFL’s tryout list today for Chicago, and all four are running backs.