Chicago Bears will stick to plan with Justin Fields, but plans change fast 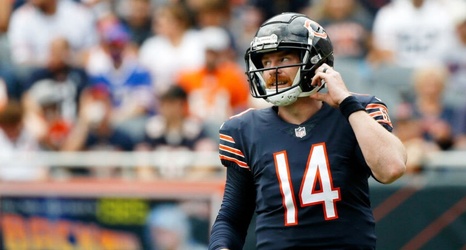 It appears as though despite fans’ repulsion to the idea that Andy Dalton is going to start week one for the Chicago Bears no matter what happens in the final preseason game. Dalton got the entire first half in what may be looked at as the dress rehearsal week. This means that next week is more about getting extended looks at lower-end players on the roster.

Justin Fields will likely play a lot in week three of the preseason, but Dalton may not play at all, which tells you that nothing Fields does in that game would result in him starting wee one.