Chicago Bears: What a Nick Foles trade to the Jets would look like 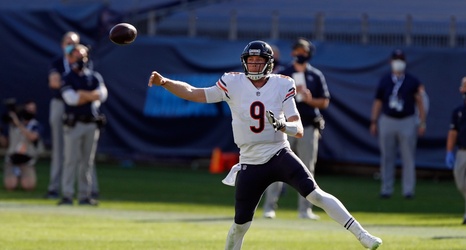 Here we are, once again talking about the possibility of Nick Foles being traded. Also once again, the Jets are the rumored team to be interested in the third-string quarterback. I am sure plenty of Chicago Bears fans want to see Foles gone seeing the team usually does not hold three quarterbacks on the active roster. Nick Foles is not someone to place on the practice squad the same way the team did Tyler Bray for years.

Many fans want to know what it would take to see Nick Foles gone.