Chicago Bears: The 10 greatest player nicknames of all time 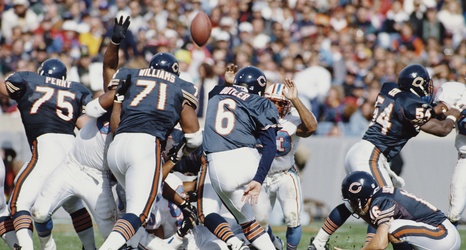 The Chicago Bears have a plethora of great players to choose from over its 100-plus year existence. The team still holds the most Hall of Fame players in the NFL with 35. The closest teams to them include three teams tied for second with 32 — Washington Football Team, Los Angeles Rams and Green Bay Packers.

With a team like the Chicago Bears, all-time great lists are aplenty. The debate on which player is the best of all time seems easy with Walter Payton at the top, but some might argue that it was Dick Butkus or Gale Sayers.