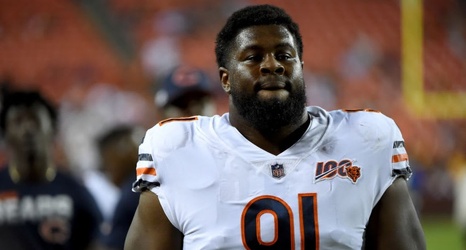 When the Chicago Bears reported that Eddie Goldman missed OTAs with an excused absence, it was a bit of a shock. Goldman had never had issues with the team before opting out last year due to COVID concerns. Goldman showed up to the voluntary sessions, then missed the mandatory workouts making the situation even more questionable.

While fans were surprised by the absence, word is that the Chicago Bears were just as surprised. Adam Caplan, an NFL insider reported such, saying that the Bears were “shocked” by not seeing Goldman.