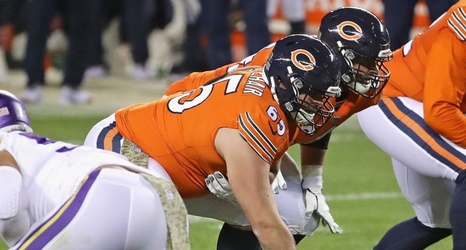 CHICAGO, ILLINOIS - NOVEMBER 16: Cody Whitehair #65 of the Chicago Bears readies to snap the ball against the Minnesota Vikings at Soldier Field on November 16, 2020 in Chicago, Illinois. The Vikings defeated the Bears 19-13. (Photo by Jonathan Daniel/Getty Images)

Now that the dust has settled from the NFL draft there will be minimal moves that affect the 53-man roster for the Chicago Bears moving forward. There will be camp competitions, but the majority of shakeups on the depth chart will come in-house. With that in mind, let’s project ahead to August and guess what the 53-man roster is going to look like for the Bears.