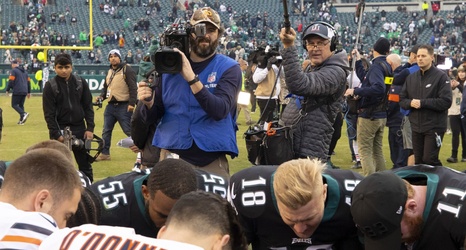 The Chicago Bears and Philadelphia Eagles are two teams very familiar with each other over the past few seasons.

Whether we are talking former Bears appearing in Eagles jerseys, or former Eagles appearing in Bears jerseys, these two franchises have shared a few players. Not to mention, the infamous Wildcard game a few years ago will haunt Bears fans forever.

As the two teams head into the 2021 NFL Draft, they actually share one major commonality: neither are completely sure about their quarterback position.

Sure, the Eagles may be feeling a bit better about their situation as opposed to the Bears.