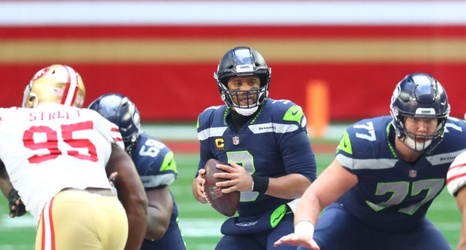 When Adam Schefter tweeted back on Feb. 25 about Russell Wilson expressing interest in joining the Chicago Bears, the city of Chicago rejoiced. It was arguably some of the best quarterback news the city had heard in years. Wilson would certainly be a fix at the quarterback position. As reports come out stating that Wilson is the Bears’ top priority, there is a player few are considering in trade packages. That player is running back David Montgomery.

It seems like a rather foolish move to include Montgomery in a trade.