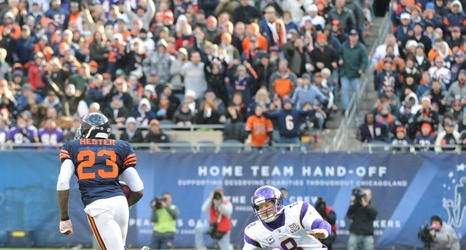 Throughout his should-be Hall of Fame career, former Chicago Bears star Devin Hester played with some of the NFL’s most polarizing, outspoken players — often at the same time. So, not surprisingly, when he guest appeared on Bleacher Report’s Untold Stories with Master Tesfatsion, he came with stories upon stories to tell.

Within the episode, the four-time Pro Bowler discussed his “relationship” with Jay Cutler, calling him the “best quarterback” he played with when it came to accuracy, power, and football IQ.