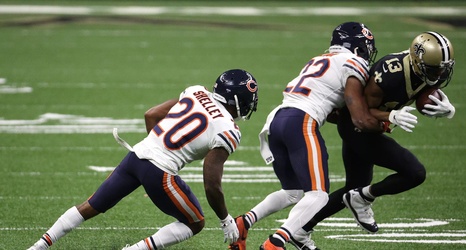 Ryan Pace has drafted five cornerbacks since he became the general manager of the Chicago Bears and so far only one, his second round rookie in 2020 Jaylon Johnson, has been able to crack the regular starting lineup.

Because of injuries in their secondary a year ago, the Bears were forced to play two youngsters meaningful reps at corner and nickel, but neither made much of an impact. In 2021 they’ll likely need one of these guys to step up and make their presence felt on the defense.

Here’s how the Bears are set at the cornerback position right now.