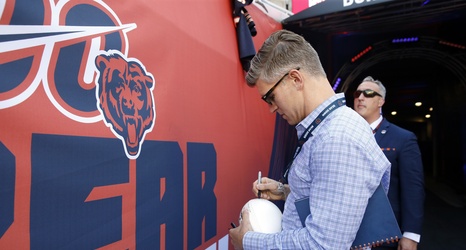 Chicago Bears fans have to face the facts sooner or later — this team is not going to move all the way up and draft a quarterback within the top five or six picks.

Instead, what many fans have resorted to thinking, might just end up happening. This year could very well end up being a throwaway season while the team fills the gap for the future, and then going after a quarterback in 2022.

We all want to see this team succeed in 2021, but the reality is, general manager Ryan Pace has put the Bears in a tough position.