Checking in on the revamped Bears o-line 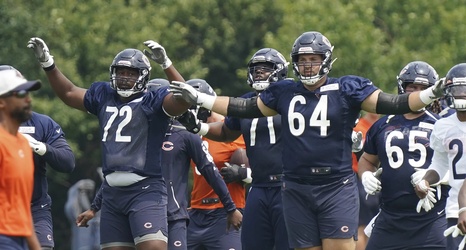 The Chicago Bears made several changes to the big fellas up front during the offseason. They released their starting offensive tackles, they allowed their top reserve to leave via free agency, their swing tackle left as well, they added a new top reserve free agent, they drafted two players, and they made a few position changes.

The jury is still out if the group that is projected to open week one is going to be better than the five that began week one of the 2020 season, but many of you believe that’s a no-brainer as evidenced by this recent poll.