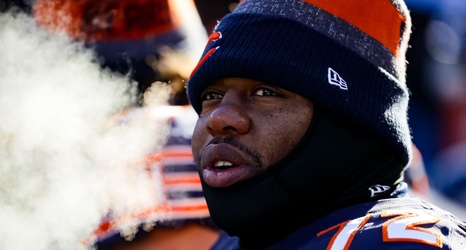 Charles Leno is a very divisive player amongst Chicago Bears fans. After signing a four-year extension, he is signed to the team through the 2022 season.

Some fans expect him to the starter throughout the duration of his contract while others would rather cut him now and save less than $3 million on the salary cap.

The fact is that he is likely somewhere in between, but going to the stats is always the best way to judge things. What do the advanced stats say about Charles Leno.

When looking at pressures allowed, which combines sacks, hits, and hurries, Leno allowed 40 in 2019 per PFF.