Body by Lou Malnati’s? Sam Mustipher in great shape for 2021 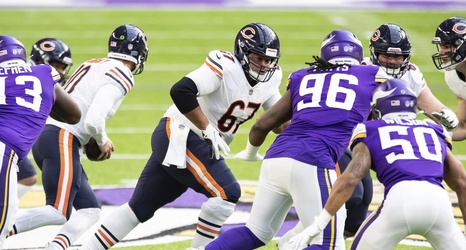 Sam Mustipher learns well and is always thinking — one of the keys to his rapid rise from the Bears’ practice squad to starting center.

That was even evident when Mustipher was asked about his weight gain during the offseason that he hopes will give him the size and strength to better battle the bigger defensive tackles he faces and erase a key knock on his ability to sustain an NFL career — that he’s undersized.

“If I play my cards [right], I’ll probably get a sponsorship out of this,” Mustipher said. “I love Lou’s [Lou Malnati’s pizza] — thin crust, deep dish, whatever.