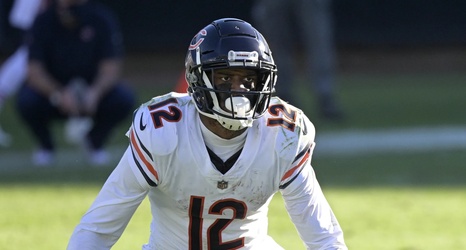 The first time Allen Robinson played in a walk year, he was unlucky. On the third snap of the Jaguars’ 2017 season, the receiver tore the anterior cruciate ligament in his left knee while catching a 17-yard pass. He wouldn’t play again for a year — and when he did, it was for the Bears.

The second time Robinson played in a walk year, he was dominant. In the final season of a three-year contract with the Bears, Robinson caught 102 passes last year, tied for the second-most in franchise history. His 1,250 yards were sixth-most in Bears annals.