Bears vs. Panthers: What to Watch 4 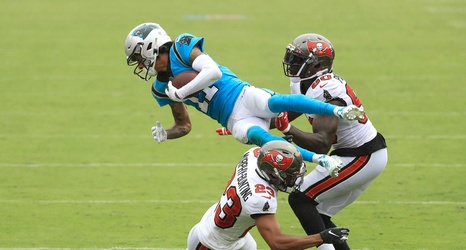 Panthers receiver Robby Anderson — reunited with Matt Rhule, his college coach at Temple — is having a career year, with 36 receptions for 489 yards and a touchdown. The 6-3, 190-pound Anderson has three 100-yard games already after having eight in four seasons with the Jets.

The Bears’ Kyle Fuller continues to develop into a shutdown corner in his seventh season. His big hit on running back Ke’Shawn Vaughn forced a fumble that led to the go-ahead touchdown late in the first half against the Buccaneers.

Anderson is a big-play threat, with six receptions of 50 yards or more.