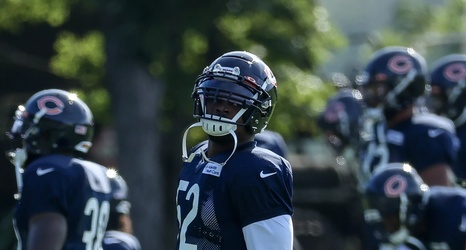 Good news on the Chicago Bears final injury report this week, as only two players appear. Outside linebackers Khalil Mack (knee) and Robert Quinn (ankle) have both received the questionable designation, but both seem on track to play on Sunday against the New York Giants.

Mack was limited all week, but when asked to clarify what’s going on he said, “It’s nothing really too much different. I know I’m going to be ready on Sunday. That’s all that matters.”

And Quinn, while limited earlier this week, was full go at practice today, which is a good sign that we’ll see him make his Bears debut at Soldier Field.