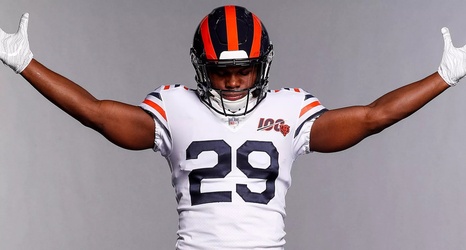 To kick off a 100th Celebration Weekend in Rosemont, the Bears revealed their new throwback uniforms—a recreation of and homage to the 1936 Bears. Seeing as how those Bears elected to only wear this specific uniform for one season, the franchise’s modern figureheads felt the ensemble would be a perfect blast to the past to mark a century of pro football in Chicago.

Bears Chairman George H. McCaskey: “Our classic uniform in our centennial season was a one-hit wonder in 1936. Bronko Nagurski and his teammates wore these on their way to a 9-3 record.