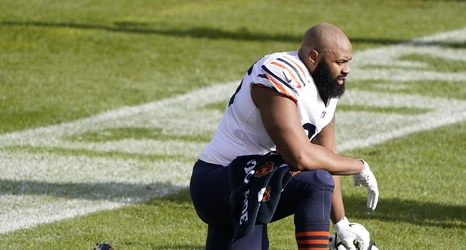 Before the Bears started practice at Halas Hall on Tuesday, defensive tackle Akiem Hicks left during warm-ups. Wild speculation is unfair, but Hicks leaving before training even begins is never a great sign to see initially. Chicago did not offer an update post-practice, but there might (key: might) be something operations in Lake Forest isn’t saying behind the scenes regarding the stalwart defensive lineman.

As far as his health, the 31-year-old Hicks has seen his snaps managed well in recent years with the aim of keeping him fresh down the stretch. It isn’t easy carrying around a 300-plus pound frame while being tasked with eating space and owning the interior of the offensive pocket.