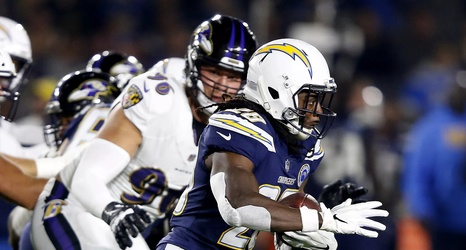 Needing a defensive lineman to help fill the void left by Akiem Hicks, the Bears are signing veteran Brent Urban, according to his agency, CAA.

The 6-7, 300-pounder started all 16 games for the Ravens last year, his fifth with the team. He played 62 snaps over four games for the Titans this year before being released on Saturday.

The Canadian was a fourth-round pick out of Virginia in 2014.

The Bears will lean on him, and others, as they try to sort through their run defense without Hicks, who landed on injured reserve last week with a left elbow injury.