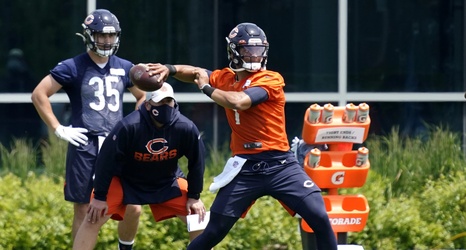 The high end of Fields’ potential is far greater than what Dalton’s done throughout his career. But Dalton can still be a great tutor during Fields’ rookie season.

The Bears want Justin Fields to learn from Andy Dalton. They just don’t want him to become Dalton.

There’s a big difference between the two as coach Matt Nagy handles the tasks of getting Dalton ready to be his starter this season and developing Fields as the franchise quarterback the team has coveted for decades.

His template for this project is the one the Chiefs used with Alex Smith and Patrick Mahomes in 2017, when Nagy was the offensive coordinator under Andy Reid.