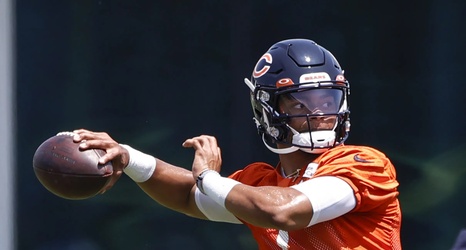 The Bears secured a potential franchise cornerstone in rookie quarterback Justin Fields this year, but the national media believes they are still a work in progress.

ESPN ran an exercise (ESPN+ subscribers only) in which they ranked each NFL team based on their outlook over the next three years. Using each team’s overall roster, quarterback situation, coaching, draft ability and front office, a collection of media members predicted how the NFL would play out in the immediate future.

The Bears weren’t given a favorable ranking, placing 27th in the league with a 69.1 total score that falls under ESPN’s “very bad” territory.