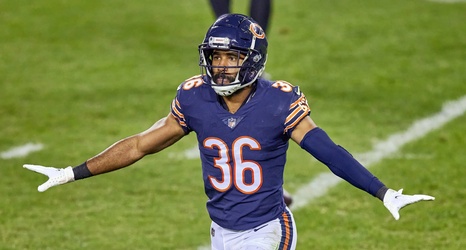 After coming of his best season as a pro, the Chicago Bears have announced they have re-signed special teams ace and reserve safety DeAndre Houston-Carson to a one-year contract.

He’s been a core member of the third-phase for a few years now, but last year he started to get some reps on defense when the Bears went into their dime package. He played in a career high 91 snaps on defense (9%) and a career high 372 on special teams (82%) in 2020. He had a career best 15 tackles a year ago, and he also picked up his first interception as a pro when he picked off Teddy Bridgewater to seal Chicago’s win against the Carolina Panthers.